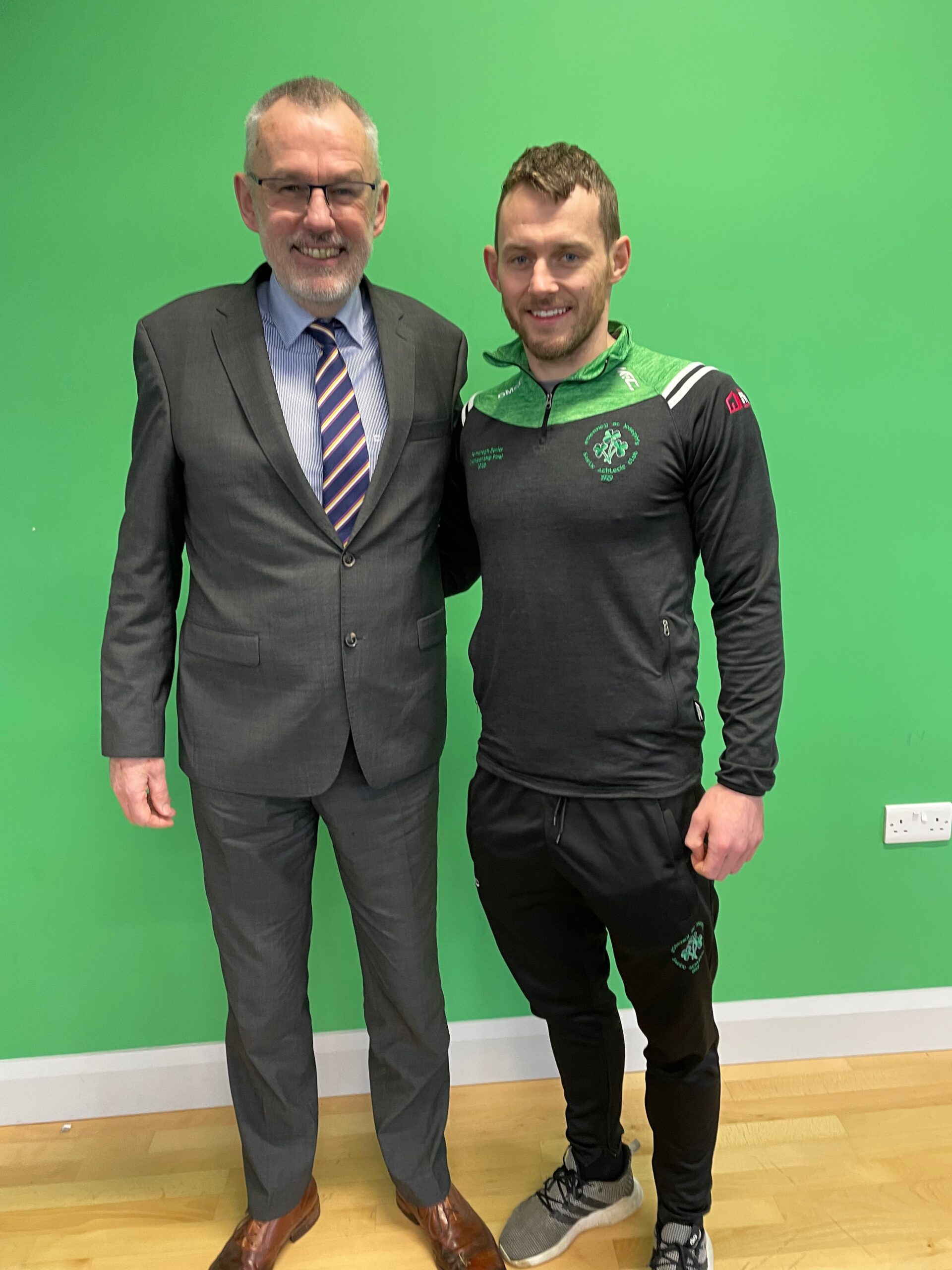 Larry McCarthy, Uachtarán Chumann Lúthchleas Gael visited Fermanagh on Sunady 30th January to visit a number of the clubs to view first hand the works going on to build new club facilities and games development in particular to launch the new Fermanagh Hurling Strategy. In one of his first official appointments as new County Chairperson Brian Armitage welcomed the Uachtarán to Fermanagh, hoped he would get a flavour of the hard work being undertaken by the many volunteers in the clubs in Fermanagh. 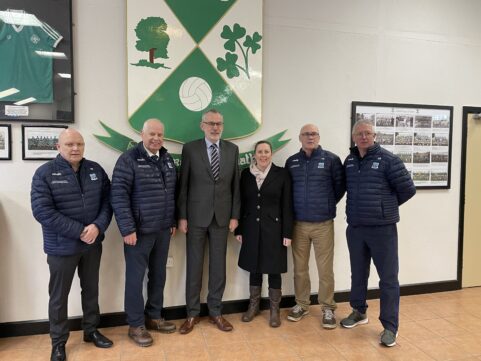 The Uachtarán first stopped at Roslea Shamrocks who have recently achieved a Club Maith Gold Award. Club officers showed the Uachtarán around the newly completed second pitch development and walking track at Shamrock Park. The club officers explained how the Area has lost local 2nd level school and Health Centre over recent years and Club has been very active in providing activities in their Club Rooms.

The Uachtarán travelled to Belnaleck Art McMurrough’s to view their completed development of a second pitch and the work going on in coaching development with in the club, demonstrated with a number of exhibition games in football and hurling. He was informed of the success of the club, how it has grown from a Junior level, through Intermediate and Senior levels in successive years. The club has played an important part of organising the Cleenish Killesher Covid Support and a major partner in the Cleenish to Cuilcagh heritage project. 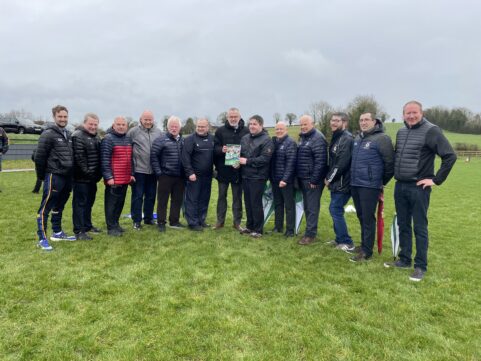 The Uachtarán moved to the north of the county with a visit to the Ederney, St.Joseph’s club, viewing the recently completed major development work as part of £1 million North Fermanagh Valley Park, a National Lottery Space & Place Project. The Uachtarán was treated to a display of Irish dancing and singing demonstrated the wide talent within the club. The Uachtarán met with the senior championship team of 2020 and current Fermanagh Senior Football Captain Declan McCusker.

The final stop for the Uachtarán was to the Irvinestown St. Molaise Club. He listened to the presentation of the proposed development plans the club have for a new stand and pitch while viewing the completed control and function building and gym facilities. The Uachtarán was keen to learn more of the clubs one-club model, which includes both men’s and ladies codes under the one club umbrella. He posed for photograph with a number of the winning teams from various 2021 competitions and the club referees.