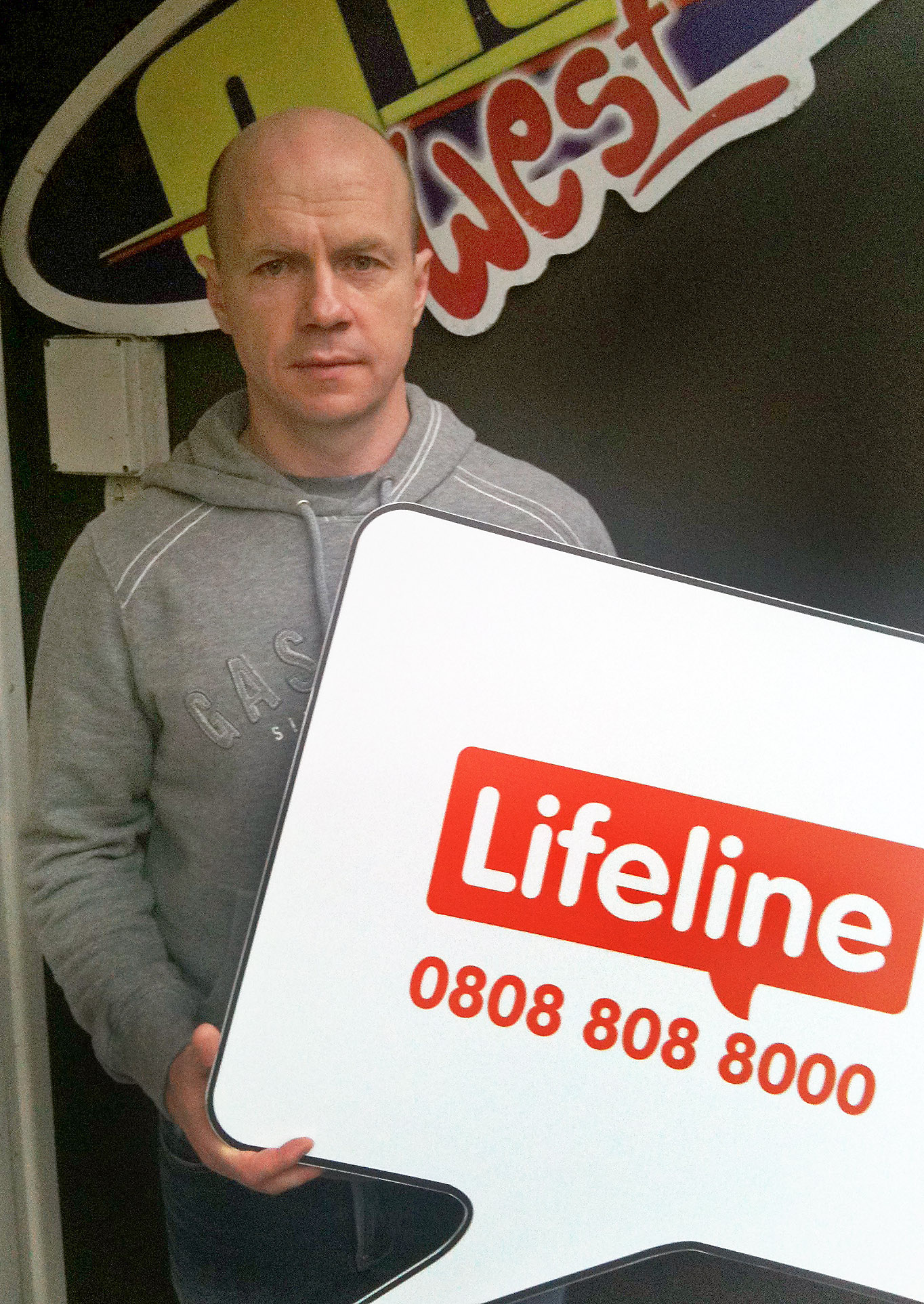 Heartfelt messages have been recorded by football, Gaelic football and rugby stars as part of a new radio advertising campaign aimed at men, as well as women who have an influence in their lives.

The campaign is being supported by the Health Minister Edwin Poots MLA and Sports Minister Carál Ní Chuilín MLA to highlight the need for men to seek help in times of crisis by using the free, 24/7 helpline service (www.lifelinehelpline.info).

Former Irish rugby international David Humphreys, GAA star Peter Canavan and Northern Ireland football coach Michael O’Neill are all generously supporting the campaign. Their adverts let men know that asking for help is the first step to dealing positively with whatever difficult situation they are facing.  The radio campaign will air periodically on Talksport radio and other independent radio stations from June through to the autumn.

Speaking at the launch of the campaign, David Humphreys said: “I’m sure that I speak for many sportspeople who have all probably had some experience of knowing someone who has taken their own lives – whether it’s been a friend or family member, a colleague or a supporter.

“Men should not view asking for help as a failure, but rather it is the right thing to do, for the right reasons, any time.  I would urge everyone to note the helpline number, 0808 808 8000, and use it when help is needed.”

Also at the launch was Dr Eddie Rooney, Chief Executive, Public Health Agency, who congratulated Sport Northern Ireland and all of the sporting bodies for their generous support of the new Lifeline campaign.

Health Minister Edwin Poots said: “Men in general are three times at greater risk of suicide than females and can be reluctant to seek help with emotional problems. Bottling things up is not the answer and it is important that men are made aware of support services such as Lifeline that are available locally.

“Using sport to get this message across is an ideal way of connecting with men.  The involvement of some of our most well known sports personalities will help encourage more men to seek help when they experience emotional problems.”

Sports Minister Carál Ní Chuilín added: “I firmly believe that sport, and indeed arts and culture generally, are important vehicles for raising awareness of the seriousness of suicide and self-harm in the community.

“It’s for this reason that I was keen to encourage the sport and arts sectors to play their part in helping to address these issues. I am both delighted and grateful that great sporting stars like David, Michael and Peter have now given such a public commitment to support this work.”

Issued by dcp strategic communication on behalf of Lifeline.