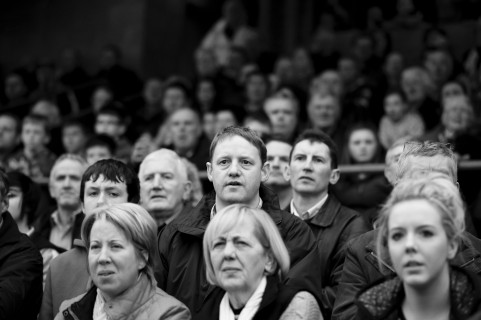 On Saturday evening Fermanagh hurlers will aim to get their championship campaign off to a winning start when they take on Longford, in the Lory Meagher Cup. Longford failed to field against the Ernemen in the league but Fermanagh Joint manager Seamus McCusker is preparing his team for a tough challenge this weekend:

“By all accounts they (Longford) have well and truly rectified any problems they had. Often when teams have problems like they had, it helps unite a team, so they could be very dangerous,” warns Seamus.

The Leinster men won the Lory Meagher Cup two seasons ago so they have quality in their ranks and are very lively in attack. Fermanagh have plenty of talent in their camp too though and proved that by being crowed Division 3B league champions last month. The experience of players like John Duffy, vice captain Francie McBrien and Shea McGarry will be pivotal to the outcome of this game. Corner forward Sean Corrigan landed 2-03 in the league final and he will once again be relied upon for crucial scores come Saturday.

“It’s well known he (Sean Corrigan) is a difficult player to mark but it’s up to the rest of the team to get the ball to him. He needs a good supply of ball if he’s going to be able to have an impact,” says Seamus.

The Ernemen will however be without the service of Cathal McGarry who was red carded against Warwickshire and is serving a one match ban. Captain Karl Keogh is also carrying a knee injury but Seamus iProxy-Connection: keep-alive
Cache-Control: max-age=0

hopeful he’ll be okay for Saturday.

Fermanagh are brimming with confidence right now but realise they need to bring a championship performance to Brewster Park if they are going to come away with a victory: “The boys know there is work to be done. It’s very important we get the win because if we don’t we could find ourselves travelling away to Warwickshire the following week and that’s not something we want. We’re confident but we’re not taking anything for granted. It’s all about the performance and if we perform to the level we did in Parnell Park in the league final, we’ll do well. We know we’re good enough to get the win.”

Fermanagh aim to land a semi-final spot on Saturday which would in turn give them three weeks to prepare. Looking beyond a semi-final may be a bit premature but the allure of Croke Park is hard to totally disregard.

“A Fermanagh hurling team has never played in Croke Park so it would be unbelievable. It would be the icing on the cake to a good year but we’ll cross one hurdle at a time, we can’t think about that. For the moment we’ve a game against Longford to think about,” commented Seamus.

Having home advantage is certainly pleasing for the Lisbellaw clubman: “All our players have played in club finals at Brewster so it’s massive for us that the game is a home one. It’s nice to get togged out in front of your home support too. We just hope people come out and support us this weekend,” urges Seamus.

This article appeared in Impartial Reporter 03 May 12