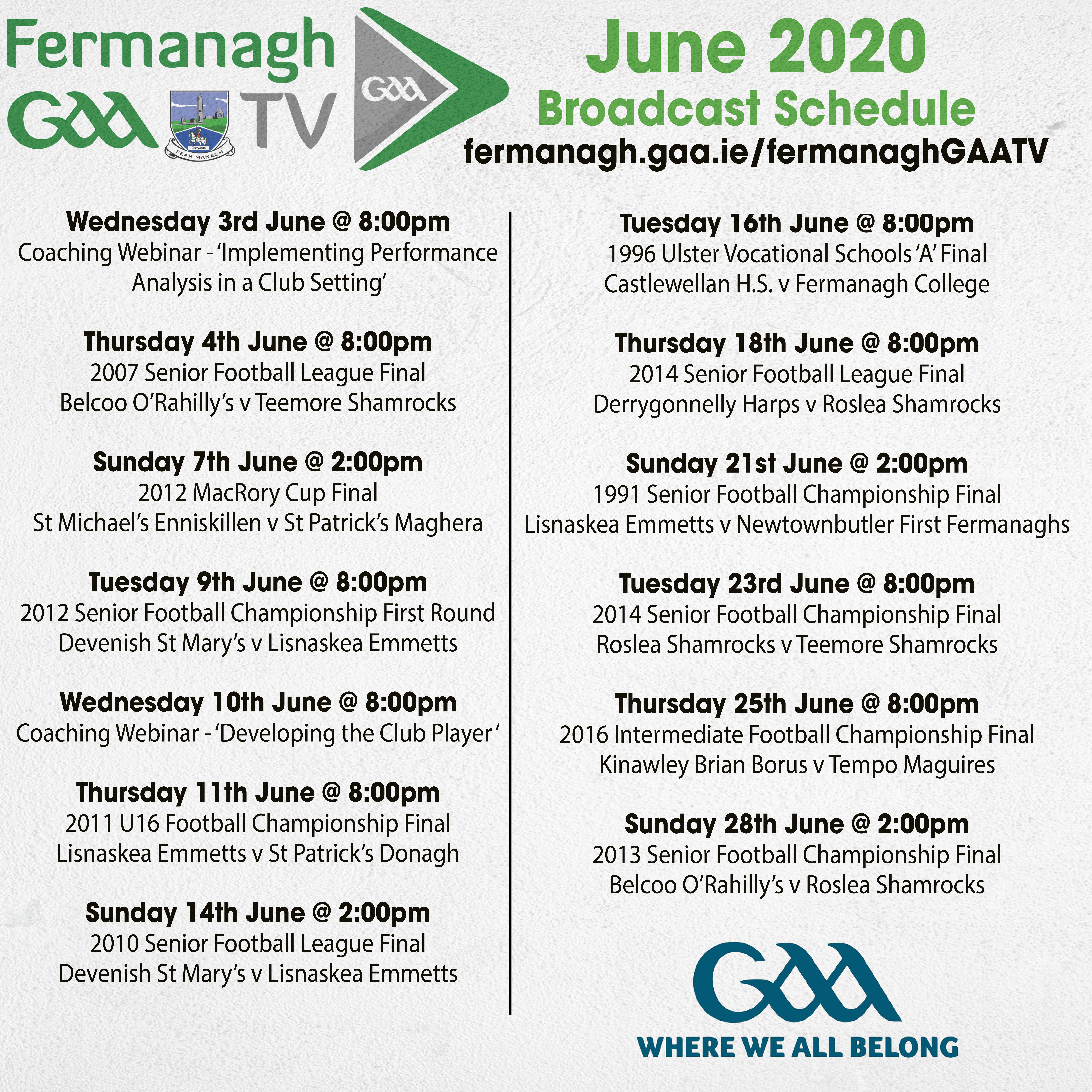 Fermanagh GAA TV is delighted to announced the June 2020 Broadcast Schedule. We don’t know how much longer we’ll be without football/hurling but until then, we have a large number of games to keep you entertained. Find out all the details at fermanagh.gaa.iehttps://www.youtube.com/FermanaghGAATV?sub_confirmation=1 and subscribe on YouTube at 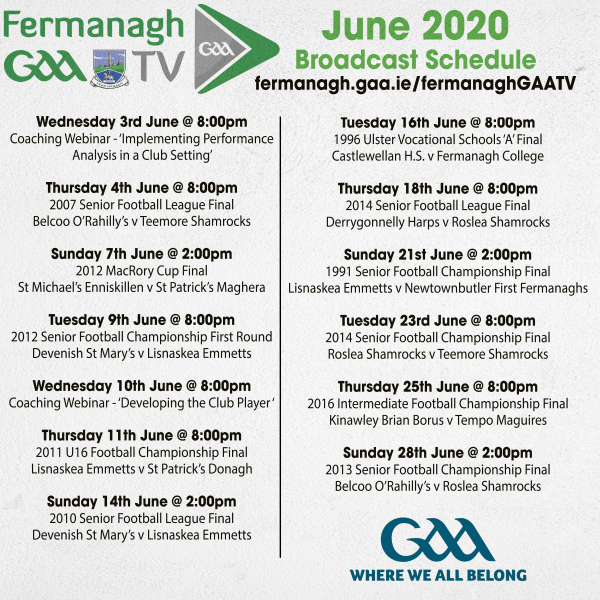