Joe Baldwin will continue for a fourth year in charge of the Senior Hurling team. Joe has expressed his commitment to continue to develop further the senior hurling team in the next year following on from a very successful three years in change. Joe and his backroom team lead the Fermanagh Hurlers to two Lory Meagher Cup finals, winning in 2021, Allianz Hurling League Division 3B league title and gaining promotion earlier this year and retaining Fermanagh’s Nickey Rackard status for 2023.

Kieran Donnelly will continue into his second year leading the senior football team. Kieran and his backroom team will continue to build on a young squad in the year ahead. As always the 2022 Allianz League Division 3 was a close competition but Division 3 status was retained for 2023. The Ulster Championship preliminary round was a tough task against the defending All Ireland Champions Tyrone. There was a positive start to the new Tailteann Cup winning their first round game away to Longford but losing out to neighbours Cavan. 2023 will see the new Championship structure, it will surely be an interesting and exciting year ahead for Kieran and the senior football team. 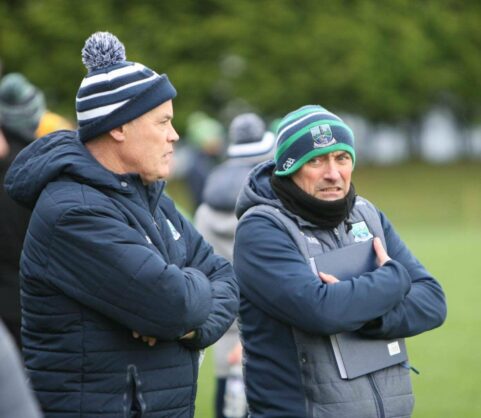 Maurice McLaughlin will continue as manager of the U20 football team for a third year. Maurice and his backroom team intend to work on the continued development of the young squad and build on the 2022 Philly McGuinness Cup where they beat Leitrim and narrowly lost to Sligo (5 points) and Longford (2 points) this year. There was a disappointing loss to Down in the Eirgrid Ulster U20 Championship but Maurice and his team will hope to focus on a much improved performance in 2023.

Tony Collins and Raymond Johnston have informed the County Chairperson and Secretary that due to personal commitments they would not be in a position to continue in the role of join management of the U17 Minor football team in 2023. We would like to thank Tony and Raymond and their backroom team for their commitment to the U17 Minor team and wish them well.

The process to appoint a County U17 Minor team manager will commence in line with the standard process of allowing the clubs and management committee to nominate suitable manager(s).