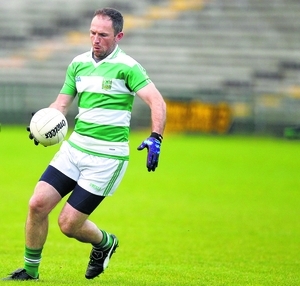 help me write my essay

Gerry Quinlan has experienced both winning and losing in the green and white of Teemore since making his senior debut 20 years ago. Only last year the burly full-forward felt the wrath of Roslea Shamrocks in the senior?championship?final. This year he seems determined to come out on the winning side:

“We definitely don’t want to lose; it’s not a nice feeling. We’ve lost enough?championship?finals in our time,” says the 37 year-old.

Teemore are staring relegation in the face and Quinlan believes that given their circumstances the way they approach Saturday’s final against Coa will be no different to any of their remaining games. Neither does he believe it will faze any of the younger members of the panel:

“Every game we play in is like a?championshipmatch now. We can’t afford to lose any of our remaining games whether it is in the league or this weekend’s game.” He adds: “The young boys, players like Liam Martin, have played on the big stage like in a MacRory Cup final, so he knows what it is to perform under pressure.”

But the Teemore man says that he, along with other more senior players, will do what they can to settle the nerves of the younger more inexperienced members of the team:

“We’ll just talk to them through the warm up and during the game. We will try keep them focussed, like in any other game.”

Turning in a decent performance will be the key to overcoming Coa and Quinlan says they need to vastly improve on their semi-final display against Maguiresbridge:

“We played very badly and nobody really performed. The only players who really played well were a couple of our subs. Coa are a young team and they’re physical too. They will be well fit for Teemore. We played them twice last year and they beat us and we beat them but the day we beat them they only had half their normal starting team out. If we play anything like we played against Maguiresbridge we won’t win,” he warns.

The last time Quinlan enjoyed success with his club was in 2005 when they beat Newtownbutler in the senior championship final. He has never won an Intermediate title and wants to change that this weekend:

“We want to win it, everyone does. It would mean a lot. I played in the Intermediate final once before in 1993 and we were beaten by a point by Belcoo in a replay. It doesn’t matter what competition you’re playing in you want to win. We lost last year’s final and if we won this I’d be happy enough,” he says

Asked whether he is confident they can win, he says: “I hope we can and we’ll do what we can to win it. I’d never say we are overly confident because you never know what happens on the day” And can he chip in with a few points or maybe goals? “I don’t care as long as we win!” he concludes.